It is in France, a country with a longstanding connection to liberty and equality – Liberté, egalité, fraternité were the values through which the French Republic was born after the French Revolution in 1789 – that the Generation Equality Forum of 2021 took place. The aforementioned is a global meeting organized by UN Women which associated governments, corporations, and change-makers from all over the world to produce a Global Acceleration Plan in order to accelerate equality, leadership, and opportunities for women worldwide by 2030.

By outlining bold actions and remarkable commitments, all participants have submitted proposals in one of the six main policy areas that led to over $40 billion in investments to advance gender equality. The journey, whose goal is to fulfil the promises of the Beijing Declaration and Platform for Action and to achieve the Sustainable Development Goals, involves every aspect and sector of our society, and so, women’s life.

During a historic gathering maintained and guided by UN Women in Beijing in 1995, governments, corporations, and change-makers committed to achieving gender equality by adopting the Beijing Declaration and Platform for Action. It was on that occasion that a woman from Chicago, no other than the First Lady of the United States at the time, later on, the US Secretary of State, and long advocate for women and children, made history: Hilary Clinton gave rise to the manifesto for women’s rights.

In her 21-minute speech, Mrs Clinton stepped up to the podium, forging an identity as an individual public figure apart from her husband and shaping the path of the women’s movement in the most impactful, moving, and vivid way possible. Indeed, it was time to break the silence. To stand up. To be vocal. Women’s rights couldn’t be separated from human rights anymore. By emphasizing the word human every time, she introduced a new argument about women’s discrimination, violence, and gender inequality, and echoed what is now considered a symbol of the revolutionary movement:

This line, which became the most famous of the speech, was stating the obvious for half of the population, but not for the other half. Mrs Clinton stood up, reminding people that women matter and that they deserve the same rights as men. It is not difficult to imagine that the speech still resonates more than 25 years later.

Tears on the cheeks of the public were impossible not to be seen. Women were vocally called out and considered on the same level as every other human. It was, indeed, like a bombshell. The glass ceiling was broken. 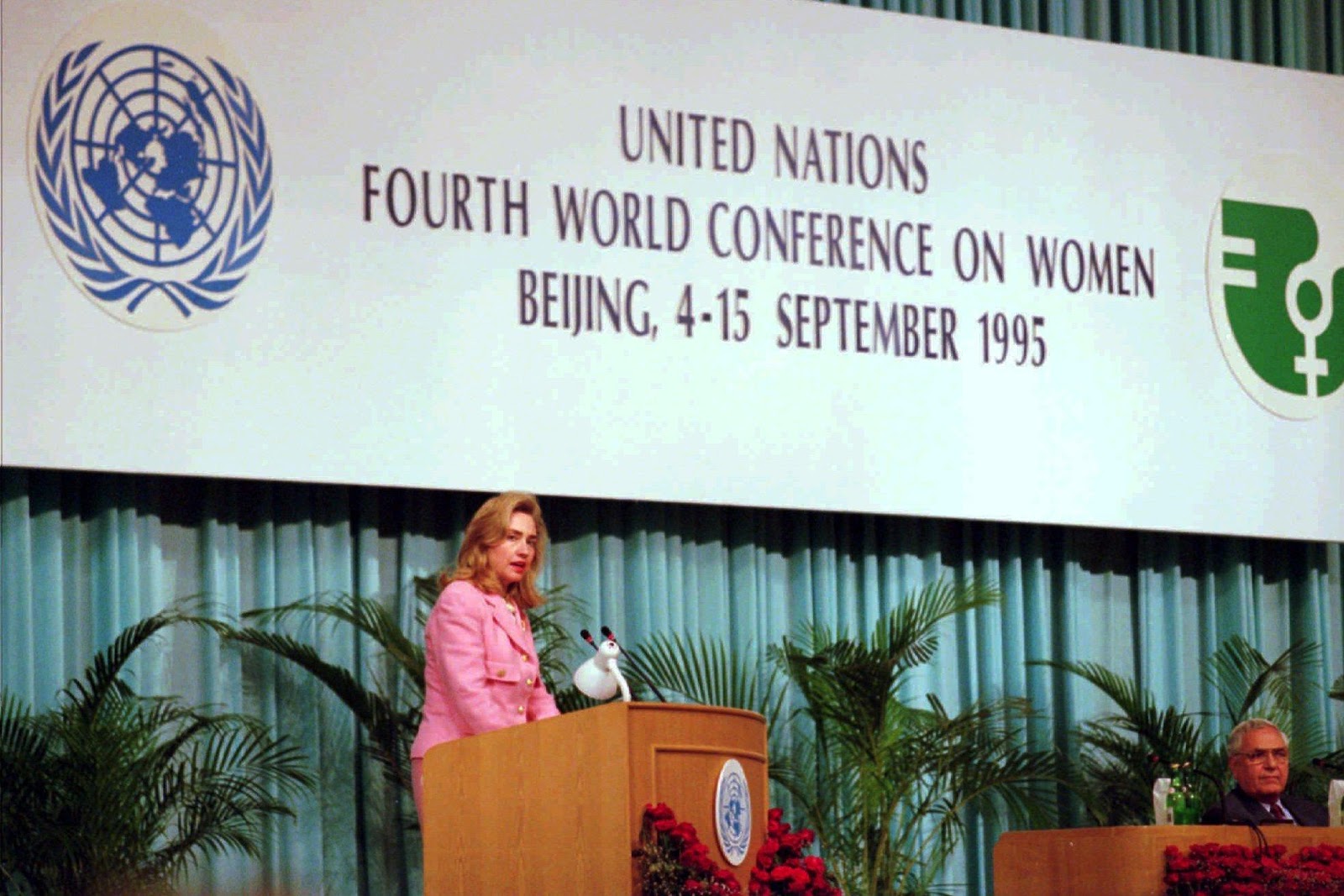 Figure 1 – Video of the speech: https://www.youtube.com/watch?v=xXM4E23Efvk

There is Nothing Human That Is Not Politics

We don’t often realize the crucial and indispensable role of politics in the reach of gender equality. The most basic condition for effective democracy and good governance is the equal participation of women and men in politics. Gender balance in politics would strengthen and enhance the democratic system, by creating positive changes and improvements in women’s and men’s lives. Over the past decade, leadership political positions have been steadily occupied by women, and as can be seen in the map below, women in politics, as of January 2021, are far from being half of the political representatives.

Not only should politics be balanced to achieve a more effective functioning of society, but it also needs female voices to support the gender equality cause. During the Generation Equality Forum, women political leaders and activists have spoken up. Eventually, the question we need to ask ourselves is if – and when – the same issues can be discussed with identical assertiveness in a balanced group of men and women in a political context. Women need, deserve, and must have a seat on the table to bring up considerable issues that matter and affect everyone. The more diverse is the table, the more inclusive, productive, and profitable is the outcome. 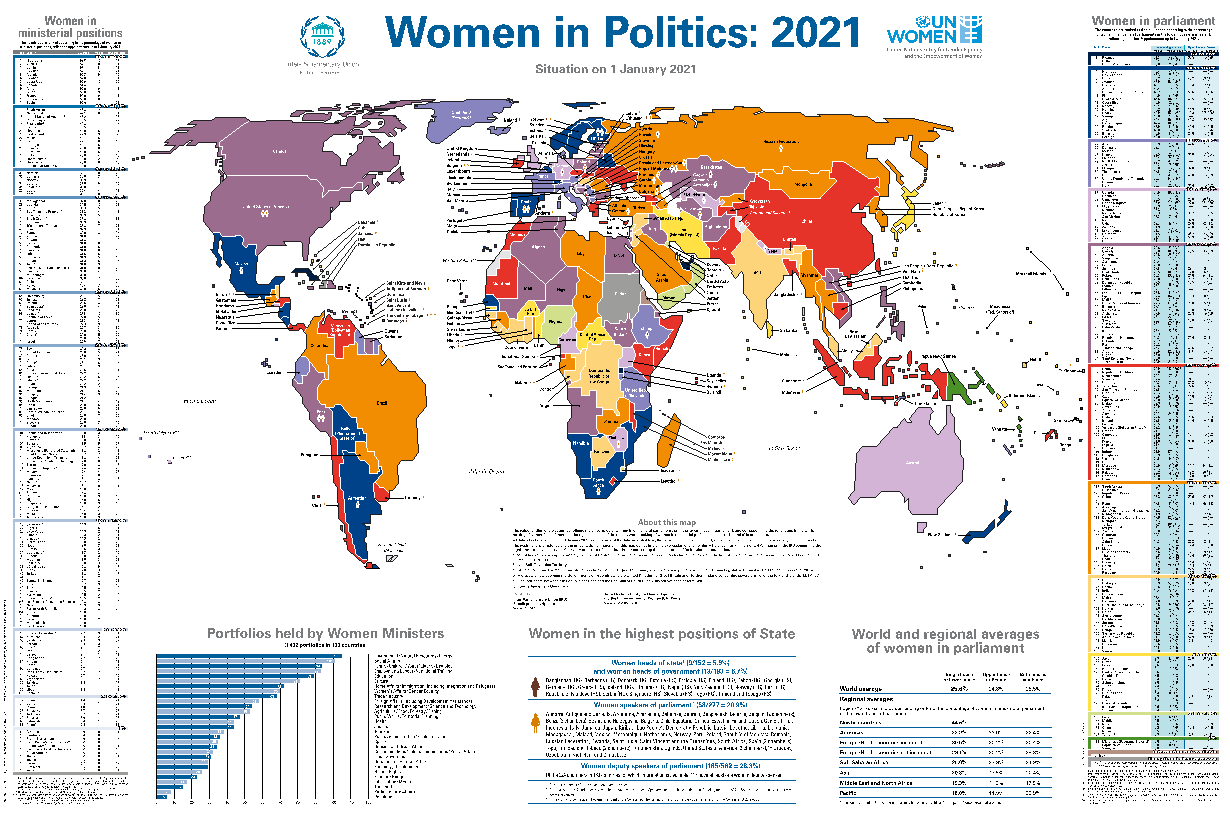 During the Conference in Paris, Mrs. Clinton returned to the stage and urged political leaders and activists worldwide to “continue the progress that was started and spread throughout the world 26 years ago. Looking back, I believe we have made progress — not near enough — and we have to recommit ourselves to going even further,” she said. Along with Mrs. Clinton, other powerful and high-profile figures have taken the stage to call attention to the situation, including world leaders such as US Vice President Kamala Harris, France President Emmanuel Macron, philanthropist Melinda Gates, and many others devoted speakers. All of them showed one purpose: highlight the cause and drive action.

As mentioned above, the Generational Equality Forum in Paris concluded with $40 billion of investments on the table, probably the largest amount dedicated to gender focus policy proposals on issues such as, but not limited to, gender-based violence, economic empowerment, and reproductive health services. In addition to this, the forum unveiled a wide range of significant and revolutionary commitments in order to advance the resource for women’s and girl’s rights and narrow the disparity between men and women in every sector. Some examples, as officially reported by the GEF Paris press release, include:

How Far Have We Gone Up To This Point?

If truth to be said, we have made huge steps in terms of women’s rights and empowerment in the past two decades, mostly because of women’s advocacy. However, as of today, not a single country participating in the Beijing Conference can claim to have reached the promises made. Despite significant actions that have been taken, concrete changes are needed, now more than ever, in rich and developing countries alike.

In 2021, women are disproportionately affected by the covid-19 pandemic, as several studies show. As a matter of fact, it happened (and is still occurring) for multiple reasons: women have been major frontline workers, they are more likely to have lost their job or decreased their income, and they share the majority of unpaid family work. Hence, until now, women have been both the gatekeepers of the pandemic and the forces who maintain the good fight for their rights alive. However, equality remains an achievement and unfortunately not a reality.

The Generation Equality Forum in Paris, as explained, concluded with a bold and action-oriented agenda on gender equality. Investments, ambitious policies, and commitments are set during a critical and difficult moment when women and girls face the most negative impact from the covid-19 pandemic. But no woman and no girl will be left behind. Executive Director of UN Women Phumzile Mlambo-Ngcuka stated:

“The Generation Equality Forum marks a positive, historic shift in power and perspective. Together we have mobilized across different sectors of society, from south to north, to become a formidable force, ready to open a new chapter in gender equality.”

Accountability, action, and progress are key points to start and to make sure all women thrive. Moreover, inspiring the next generation is what is supposed to drive people to advocate and be active. And in my opinion, it’s not just about the next generation of young girls, but the next generation of young people. It is not possible to achieve equality if the commitment is made by just half of the population. 100% of forces, understanding, and knowledge is essential now more than ever.  As one of the most charismatic speakers, Shantel Marekera, said on stage in Paris, “we are done talking.” It’s time to act.

(Cover image attribution: This photo was from the Opening Session of the Generation Equality Forum, held in Paris, France on 30 June 2021, originally published by the UN Women, and made available under a Attribution-Noncommercial-Share Alike 2.0 license,  through Flicker.)

I graduated with a bachelor’s degree in foreign languages for business (during which I had the chance to study in Italy, in the UK, and the USA!), I work in the digital marketing field, and I enthusiastically contribute as a writer to different organizations, carefully putting special focus on gender quality and politics. During the past years, probably as I have been exploring new realities, I realized my passions lie in the field of public relations. Indeed, I’ll start a Master's degree in Strategic public relations in the US next year. I think I found out I was overly passionate about politics and women in politics by studying journalism and researching. Main interests: women in leadership / gender bias / international relations / online misinformation & disinformation. I truly believe that words are one of the most powerful means to advocate for women's equality. Also, I think my generation can bring awareness to important causes and act for meaningful changes.