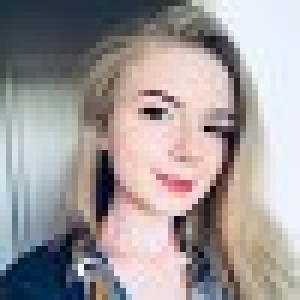 When we think about climate change and women’s rights, most people have these things on completely different levels. Environmental issues are immediately associated with factories, deforestation, carbon emission, animal farming, while women’s rights are connected with access to education, reproductive choice, protection of women’s health and equality. But, if you think deeply, Women’s access to reproductive rights and climate change are closely interconnected.

According to the Aspen Institute, the relationship between human numbers and greenhouse gas emissions is not straightforward, in part because per capita emissions vary greatly between (and within) countries. For example, the average American emits nearly 20 tons of CO2 per year; the average Ugandan emits a tenth of one ton. Nonetheless, in all parts of the world, population growth is associated with a proportionate increase in emissions: a 10% increase in the population generally yields a 10% increase in emissions.

Even though we cannot trace a direct connection, the fact remains that every person born on the planet contributes to global warming. At present, despite significant progress in some countries, many states still prevent women from having reproductive rights and choices.

Lat’s consider two imaginary situations. The first is where a girl receives education, she has access to reproductive choice and contraception. The idea of family planning is widely known in her society, and she consciously approaches whether she wants to become a mother or not, how many children she wants and at what age. Of course, there are different unpredictable situations in life, but if the general trend goes towards the idea of conscious motherhood, then society itself will be happier. Conscious motherhood or the absence of children in this way can affect the ecological situation.

The second situation is – the girl received no or minimal education, sexual and reproductive rights is taboo in her society. She has no access to family planning; she cannot protect herself from unwanted pregnancy or sexually transmitted infections. The last thing she would plan is how many children she wants or whether she wants them at all.

Of course, these examples are rather exaggerated. But, the idea remains the same, girls’ access to education and reproductive choice allows them to choose their future and the future of the planet. Women’s access to reproductive rights can have a positive impact on climate change and global warming.

According to the article ‘Why family planning is key to climate adaptation’ written by Bridget Kelly, there are over 89 million unplanned pregnancies annually worldwide. 214 million women of reproductive age in developing regions want to avoid pregnancy but are not using a modern contraceptive method. If family planning and contraception were widely accessible, unintended pregnancies, unplanned births, and abortions would decline substantially.

Moreover, the recent publication entitled Drawdown: The most comprehensive plan ever proposed to reverse global warming, details the top 100 solutions that have the greatest potential to reduce emissions or sequester carbon from the atmosphere. The team of over 200 scientists and researchers have modelled and detailed 21st-century solutions to a 21st-century problem, namely that benefit the environment and society. It is, therefore, not shocking that girls’ education and family planning rank 6th and 7th respectively on this comprehensive list of solutions to save the planet. Sitting well ahead of many infrastructures and energy-related solutions, the most widely known climate change solutions.

As Laurie Mazur aptly pointed out in the article ‘Women’s rights are key to slowing population growth’: Women’s rights are key. Fertility rates remain high where women’s status is low. Fewer than one-fifth of the world’s countries will account for nearly all of the world’s population growth this century. Not coincidentally, those countries — the least developed nations in sub-Saharan Africa, South Asia, and elsewhere — are also where girls are less likely to attend school, where child marriage is common, and where women lack the basic rights. That’s how Women’s access to reproductive rights and global warming are connected to each other.

It is now clear that women’s access to family planning and education influence what the future holds for us and our planet. Level of education of women with information and access to birth control are key factors that influence the population. Education for women leads to few children, has been seen to improve health and reduce mortality, affecting the global population outlook.

Even though the relationship between reproductive rights and climate change is not so clearly traced, at the moment something is clear. When the states and the international arena focus on education and family planning of women, we will see a positive effect on climate change, global warming and the greenhouse effect in principle.

You may also like: Can Women Exercise Their Rights of Legal and Safe Abortion During the Pandemic?