On the 13th of September 2022, Mahsa Amini was arrested by morality police in Tehran, Iran, for not abiding by the state’s mandatory hijab law. On the 16th of September, Amini died after going into a coma in morality police custody. An Iranian coroner stated that Amini had underlying health conditions that led to her death, however, eyewitnesses said they saw Amini beaten by the police and the doctor stated Amini had received a blow to the head.

The guidance patrol, often referred to as the morality police, is an Islamic religious police unit in Iran that was established in 2005 for arresting people who violate the Islamic dress code. However, it is thought that this is entirely focused on and disadvantages women. As demonstrated in a BBC interview with a morality police officer ‘if they [women] do not dress properly, then men could get provoked and harm them.’ The state’s control over women’s choices and clothing imply the deeply rooted misogynic values held towards women. The dire situation of women’s freedom and rights in Iran has been recognized by a 2021 report by OHCHR (Office of the High Commissioner of Human Rights) which stressed that women are considered and treated  as ‘second-class citizens in Iran.

The history of Iran’s hijab law begins in 1979 after the Islamic Revolution when the idea was first introduced. During this time many Iranian women protested against this and argued for the freedom to choose what they could wear. However, in 1983, it became mandatory by law that women, including tourists and non-muslims, must wear a hijab in public. As The Conversation highlights, the law appears vague and lazily defined by ‘bad hijabi’ and ‘improper hijab’ which has allowed morality police to interpret the law to many degrees, consequently allowing more control over women’s clothing and bodies.

Again, as The Conversation reports, activism and resistance have continued in the past weeks since the killing of Mahsa Amini. However, according to a human rights group based in Oslo, as of Saturday the 5th of November there have been 304 deaths including 41 children caused by police violence such as tear gas and bullets. Indeed, recent developments show that 227 Iranian parliament members have voted to sentence any protesters to death. This poses catastrophic threats to civil resistance against the regime.  Nevertheless, activists have remained persistent and are demanding change and reform.

“In an unprecedented show of support, schoolgirls have also been demonstrating in playgrounds and on the streets. Men and teenage boys have also participated in large numbers and backed the women’s demands” –BBC News, October 2022

Call for Change and Justice

Read: From Iran to France: When will Men Stop Telling Women How to Dress?

Since the killing of Mahsa Amini by the morality police, activists around the world have quickly responded and mobilized a form of resistance through demonstrations and protests. Below is a timeline of some of the photographs that captured protests around the world in the past weeks.

Protests begin to disrupt the city of Tehran as protesters take to the street. 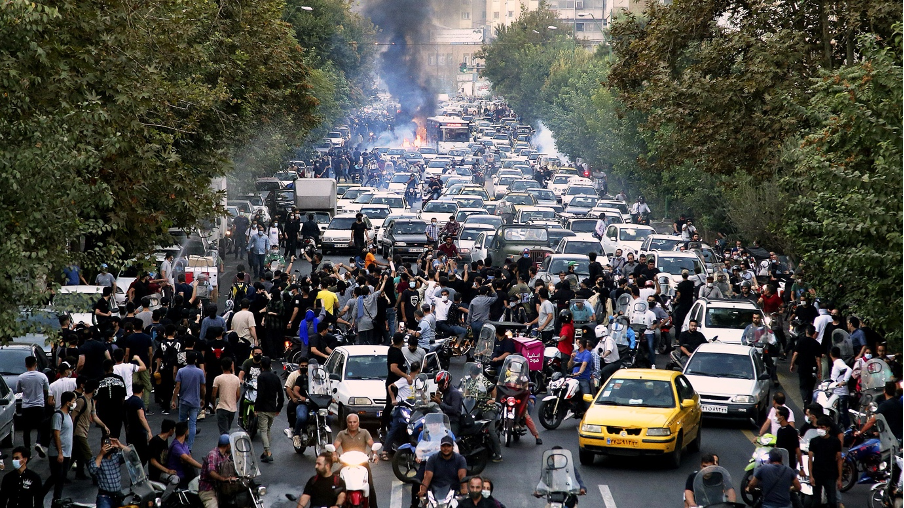 Nasibe Samsaei cuts off her ponytail outside the Iranian consulate in Istanbul, Turkey. 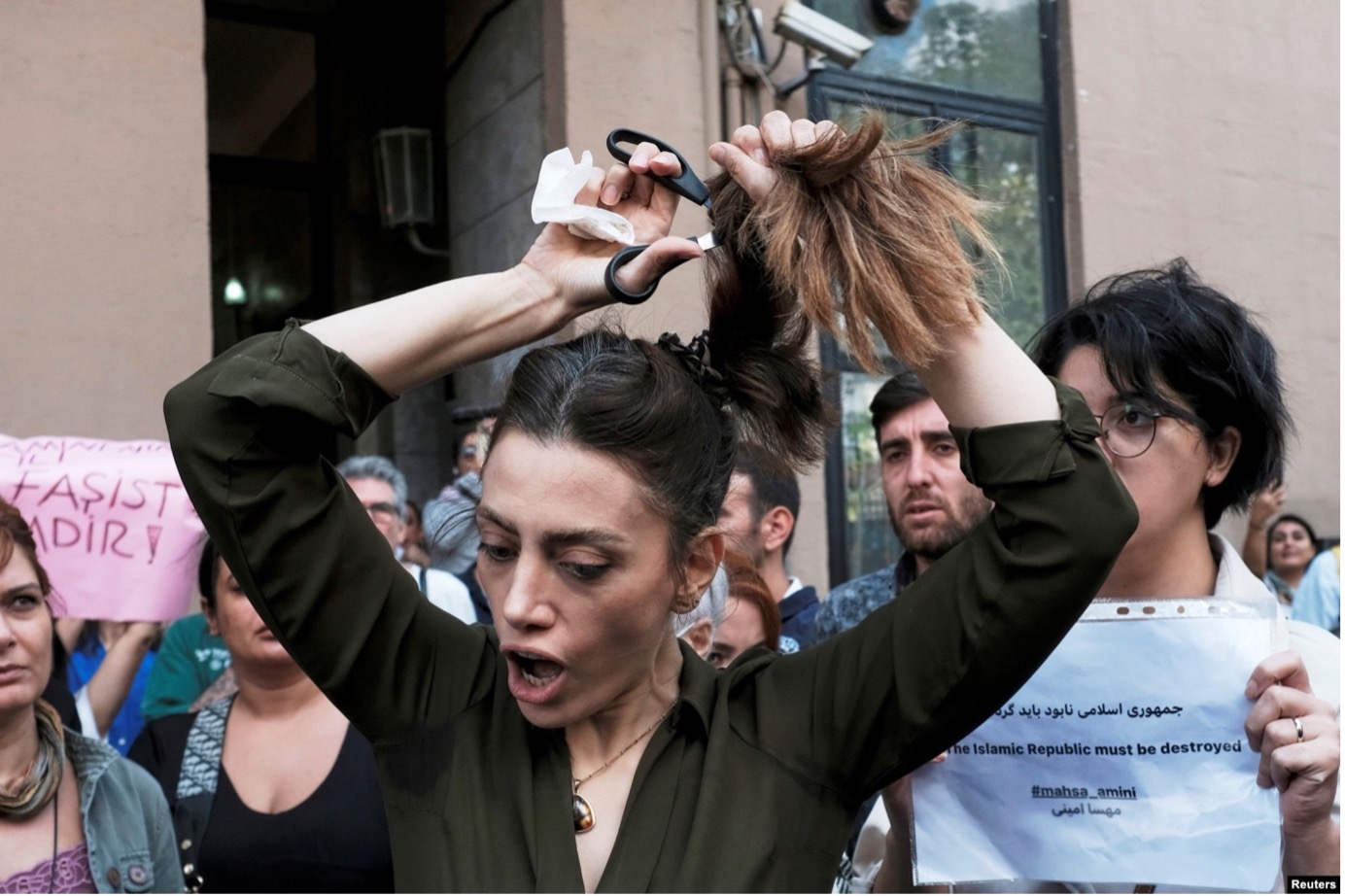 Protestors chant outside the UN offices in Erbil 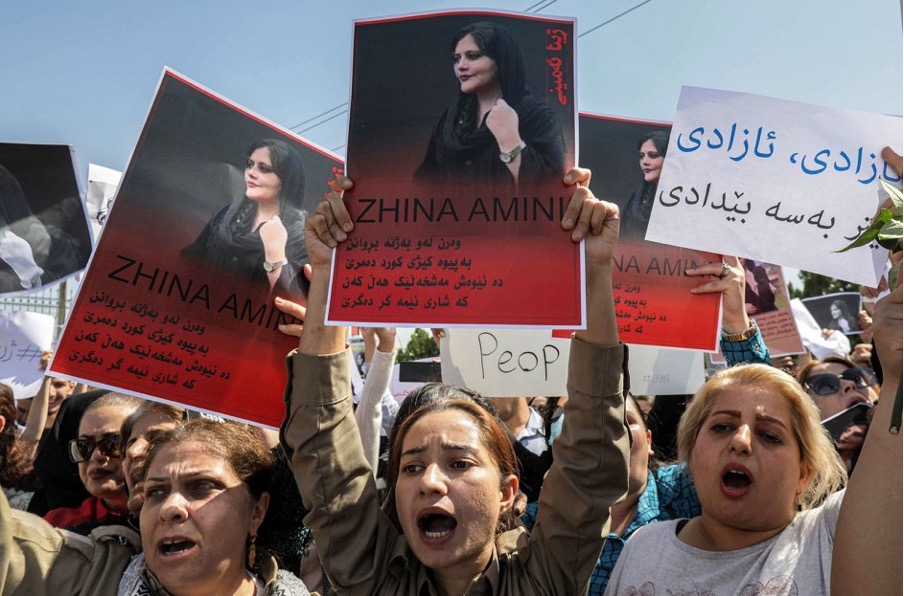 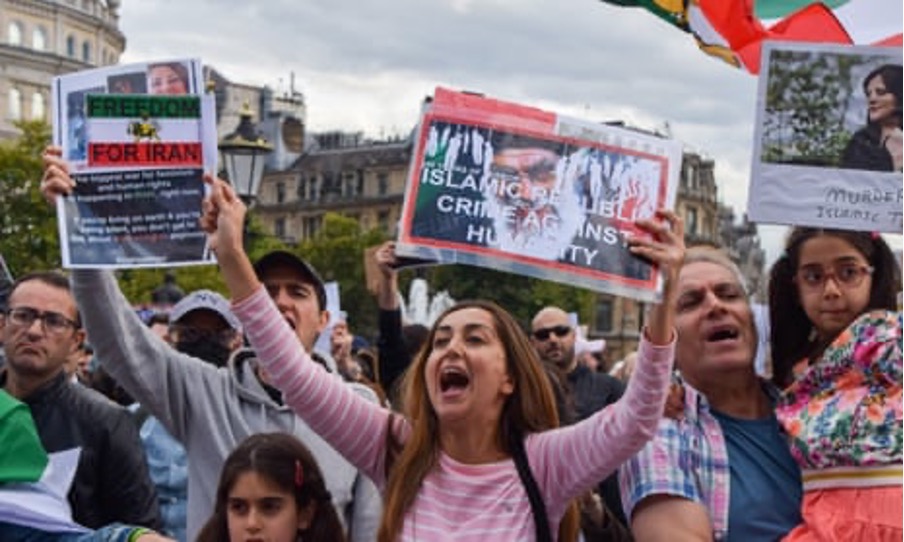 Photo retrieved from The Guardian

Read: Feminism and the Advocacy of Women’s Rights: Why Are these Relevant Today?

Protests continue around the world. Cutting hair off becomes a symbol of the protests and anguish among women and men protesters. Many activists and protestors have taken to social media such as TikTok and are cutting hair off to protest the killing of Mahsa Amini as a symbol of resistance against the control of women’s bodies, choices, and resistance by the state. Photo retrieved from The Japan Times

Read: Silencing of Women Around the Globe 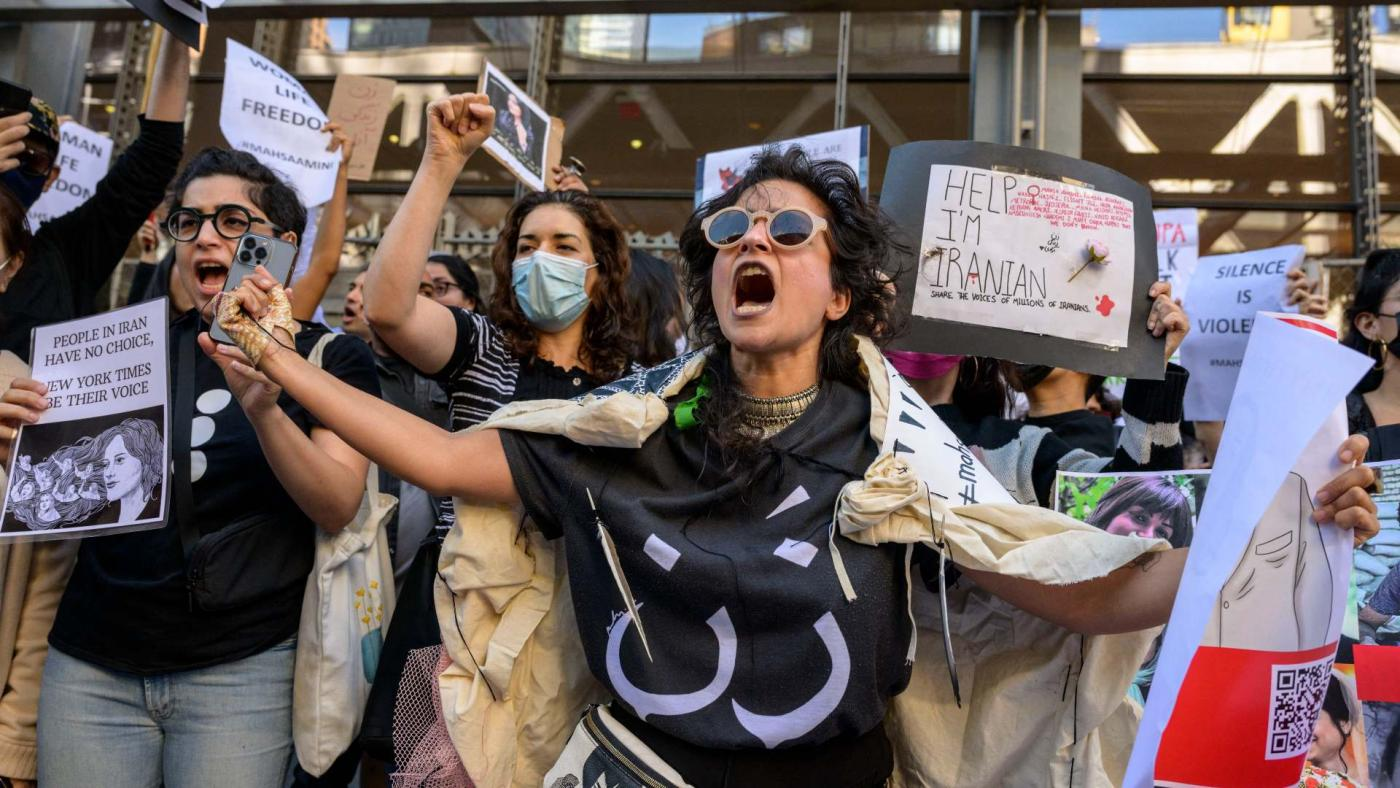 An estimated 37,000 people showed up in Berlin to show solidarity. The demonstration was organized by the Woman Life Freedom Collective. 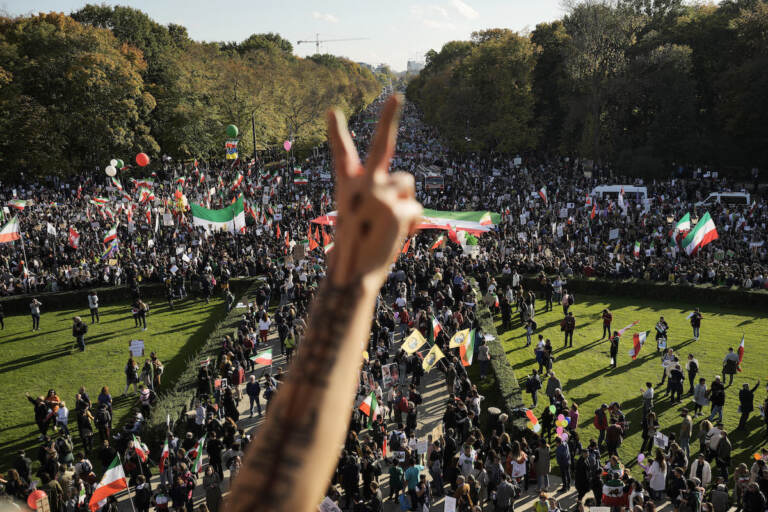