Cases of gender-based violence have been on the rise during the COVID-19 pandemic. This has not spared anyone including people who are living with a disability. As a deaf counselor, I have received many cases of clients who are going through a difficult time during this pandemic. In this post I want to share my personal experience of dealing with  gender based violence in Kenya during COVD-19, as a counselor.

During a routine antenatal clinic visit, one of my young female clients approached me. She told me that she was having challenges. I was really concerned as she was pregnant.

The young woman was jobless. She planned to join college again after delivering her baby. She would live with her parents who would help her and look after her child. The pandemic, however, increased her uncertainty. As if this was not enough, her boyfriend had lost his job too and was unable to support her at this time. The financial stress created tension between them that even resulted in emotional and physical violence. The conflicts and violence were a threat to their relationship.

At this time, I decided to offer mental health therapy to the young woman. We talked about her current situation, her health and wellbeing as a pregnant woman. After a lengthy discussion, she agreed that she needed to talk with her boyfriend on the importance of taking care of her, the relationship and the unborn baby now more than ever. We planned that I meet both together.

He accepted my invitation, and they came together for a counseling session. Since sexuality education is absent in Kenyan school curricula, I helped the boyfriend understand the partner’s situation and vulnerability as a pregnant woman. His violence against her was a risk to the unborn baby and the expecting mother. Stress could cause her a miscarriage and other complications.

You may also read: Domestic Violence Against Women Across The World-Where Are We?

Through his violent acts, he put himself at risk of being arrested. During the counseling session, they agreed to look for alternative ways of earning a living. The boyfriend agreed to look for some casual job, while the young woman would follow-up on the funds that have been disbursed by the government in support of vulnerable members of the community during this pandemic. 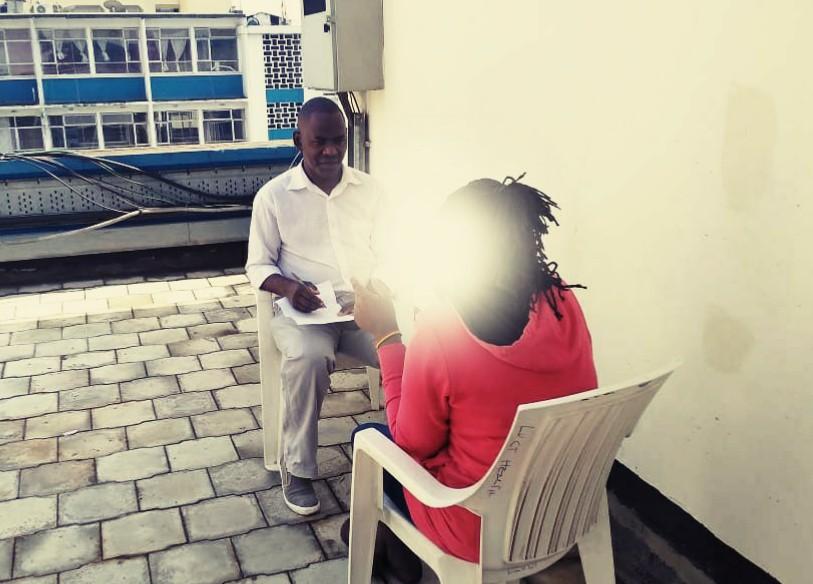 I am personally against gender based violence because it causes a lot of problems psychologically, emotionally, physically and literally affects the well being of the entire family. Gender based violence results to self esteem issues and traumatize individuals, mostly children.

In my experience gender based violence also allows sexual abuse and exposes the children to the same. A lot of women end up in engaging in sex trade to be able to fend for the family at this times, while it is also increases extramarital affairs of the women and men.

Gender based violence prevents economic growth from the couple because of lack of empowerment. In other cases it might result in untimely deaths, poor  environment to the children and sexual diseases. The communities should be educated on gender based violence so that they know its harmful effects and choose to resolve issues in healthy ways. Counseling is mostly effective to the victims of violence to allow them to heal psychologically. Raising awareness to the youth and kids from a young age, empowering both women and men to live a more constructive lifestyle are often helpful to combat gender based violence.in Kenya during COVD-19.

Have you taken any significant steps in your personal life or in the community to defy social norms, promote gender equality, or reduce gender-based discrimination? We would love to hear your story as we are looking forward to publishing such inspiring stories on our platform. We welcome you to share your story with us at equalityrightsof@gmail.com.